Dhaman’s board of director holds first meeting for 2022

The first meeting of the Board of Directors of the Arab Investment & Export Credit Guarantee Corporation (Dhaman) was held on Tuesday (8/03/2022) at the Corporation’s headquarters in the State of Kuwait in the presence of the Board chairman and members, as well as the director-general. 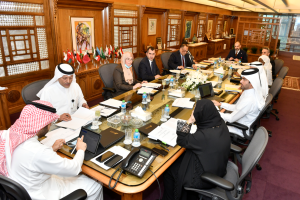 In the meeting, the Board took note of the Director General’s report on the activities of the corporation for the period between 1/09/2020 to 31/12/2021, which included three chapters: guarantee operations, complementary activities and supportive services, and the financial report.

Total insurance premiums, including optional and relative inbound ones, amounted to $ 2.278 million, up 46.78% over the same period of the previous year. The corporation did not pay any compensation or refund during the reporting period.

The board of directors commended the results achieved by the corporation during the reporting period.

The corporation issued its third quarterly report “Investment Guarantee” under the title: The Sector of Export Credit and Finance Insurance against Political and Commercial Risks, and its fourth quarterly report entitled: The Arab Economy 2021 and Performance Expectations in 2022. It also issued four internal risk assessment publications covering 141 countries and including economic, financial and commercial indexes and Dhaman’s index for country risks. All these publications have been posted online in both Arab and English.

The board considered all agenda items and issued the necessary decisions and directives in their regard. The next meeting of the Board of Directors for the year 2021 is due in April following a meeting of the board of shareholders in the context of the annual joint meetings of Arab financial bodies. 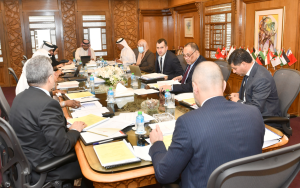