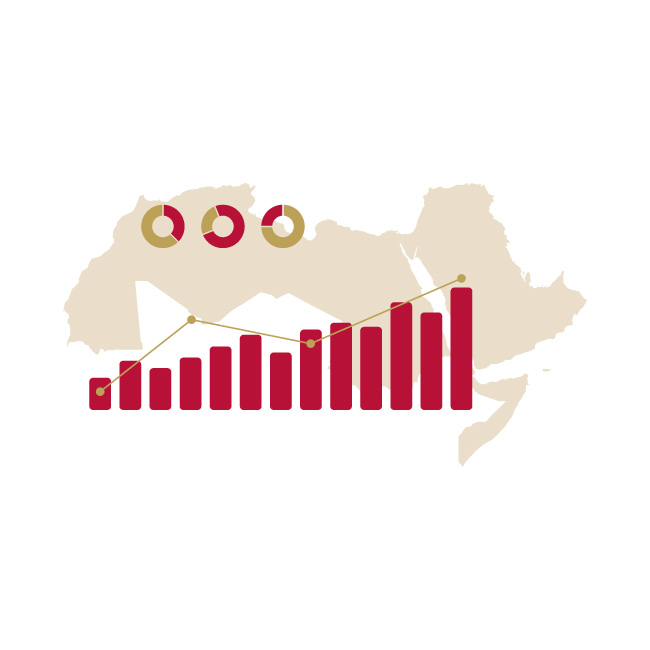 This section relies on a dataset on green-field FDI projects into 17 Arab countries assembled from a unique type of online database developed by FDI Intelligence, a specialist division of the Financial Times, which monitors cross border investments in new projects and expansions of existing ventures, covering all sectors and countries worldwide in 2020.

The major advantage of the data source used with respect to UNCTAD data is the availability of a sectoral classification for each investment project. The data includes estimated values on capital investment and the number of jobs created in cases where information was not available at project announcement.

Abstract: The main objective of this paper was to test if political risk act as barriers to bilateral greenfield FDI inflows into Arab countries. The empirical estimation results confirm this hypothesis and are robust to the linear as well as alternative non-linear estimation procedures. Increasing the institutional instability or political risk perceptions in Arab countries has negative impacts on their bilateral FDI inflows.
The paper contributes to the existing literature by testing several hypotheses that help explain the mixed results of previous studies regarding the foreign investor’s responses to political risk in developing countries. It establishes in particular that there is considerable heterogeneity in foreign firms’ investment responses to political risk in Arab countries. This heterogeneity reflects differences in the type of political risk and sectoral characteristics. The findings show that the considered three political risk components, expropriation/breach of contract, transfer/convertibility and war/political violence risks, have a negative and statistically significant impact on the probability that bilateral investment takes place. However, only the transfer/convertibility risk negatively and significantly affects the size of foreign investments made. In addition, the findings reveal striking differences from sector to sector as concerns the relevance of home country PR components in the two-step decision of foreign firms on FDI in the Arab countries. While the FDI participation probability is strongly negatively correlated with at least two of the three political risk components, irrespective of the investment sector, the size of the FDI projects in resources and energy sector has the particularity of being insensitive to any component of political risk.
Several policy implications emerge from this study: